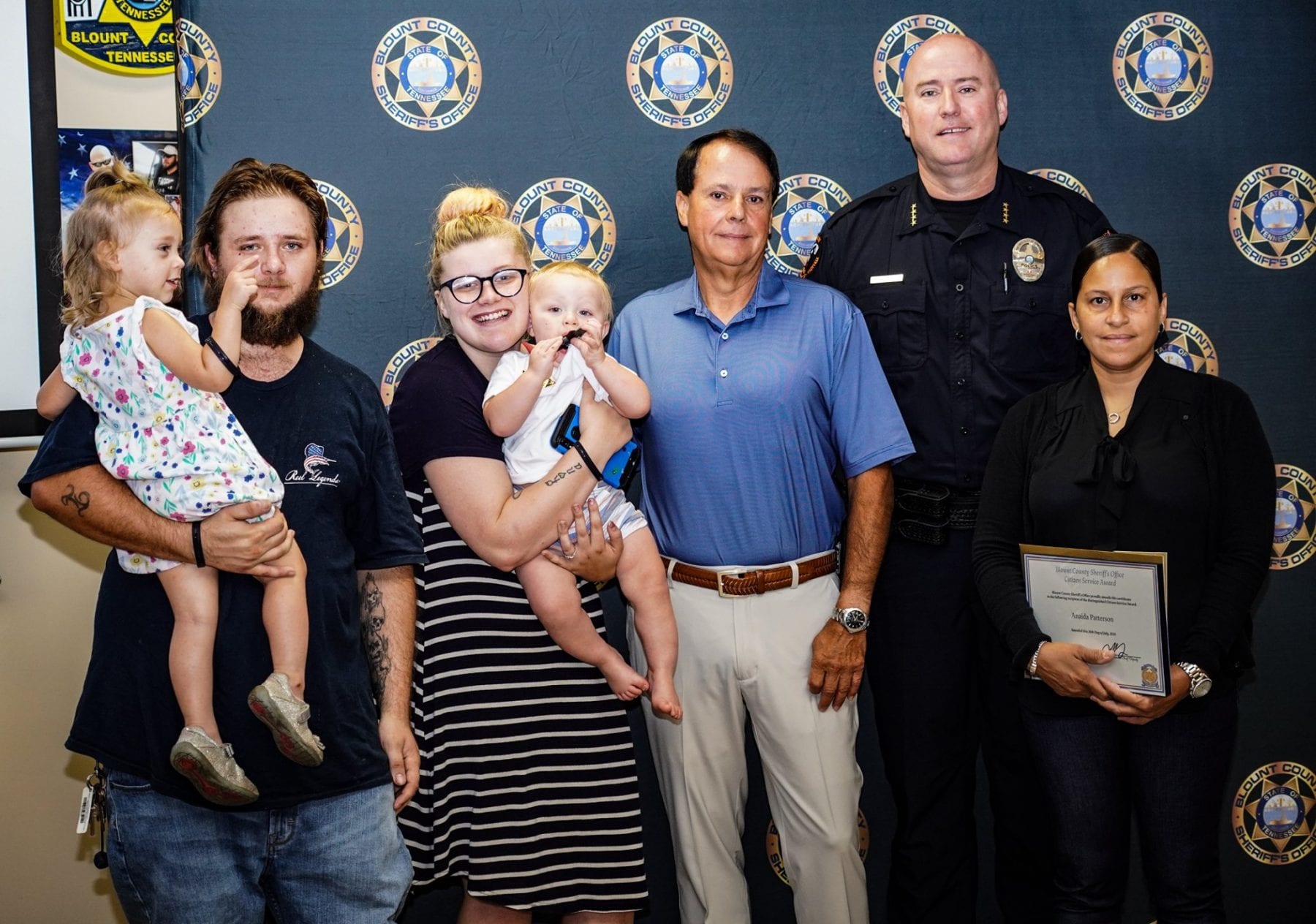 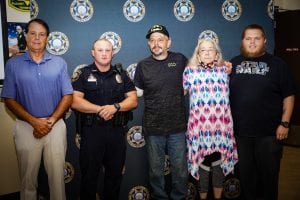 The family of Eric Spears, who was seriously injured in a car accident on July 5, were present this morning to thank Deputy Devan Teaster for saving the life of Eric Spears.

Sheriff Berrong also awarded a Law Enforcement Commendation and a Citizen Service Award to University of Tennessee Police Department Asst. Chief Sean Patterson and his wife Anaida Patterson, respectively. On June 28, the Patterson’s were visiting Blount County and traveling U.S. Highway 321 West near the Big Springs Road exit when they came upon a vehicle pulled to the side of the road and saw frantic activity within the vehicle. Asst. Chief Patterson and Anaida Patterson, who are both retired law enforcement officers from New York Police Department, knew something was wrong based on their training and experience. The Pattersons turned around and saw the baby’s mother outside the car holding an unconscious infant boy. The baby, Joseph, was choking on a piece of food.
The Pattersons immediately took control of the situation, and using their training and rendered first aid by delivering back blows which dislodged the food. Baby Joseph began breathing again, regained consciousness, and suffered no lasting effects from the incident.
Several co-workers, friends, and family members of the law enforcement officers and the grateful victims were in attendance at the ceremony.
The Sheriff’s Lifesaving Award is conferred upon a sworn or civilian employee who is directly responsible for saving a life. 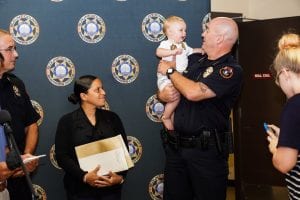 The Citizen Service Award may be conferred on any citizen who is not an employee of the Sheriff’s Office, and the act or achievement must be directly related to the overall law enforcement objectives of the Sheriff’s Office that may include extraordinary heroism or unselfish devotion to a fellow human being, or meritorious achievement in the performance of civic responsibility.
The Law Enforcement Commendation is awarded to a law enforcement officer from another agency who brings credit to themselves, their agency, and the Blount County Sheriff’s Office for an exceptional act clearly resulting in the saving of a life, or performing an act of valor that aids someone who is clearly in need, and who goes above and beyond for an individual, while the law enforcement officer is on or off duty and within the jurisdiction of Blount County.
The sheriff’s office recently awarded several other officers for their life-saving efforts, read about it here.
BCSO Blount County Sheriff Office commendation life saving efforts Press Release Sheriff Berrong